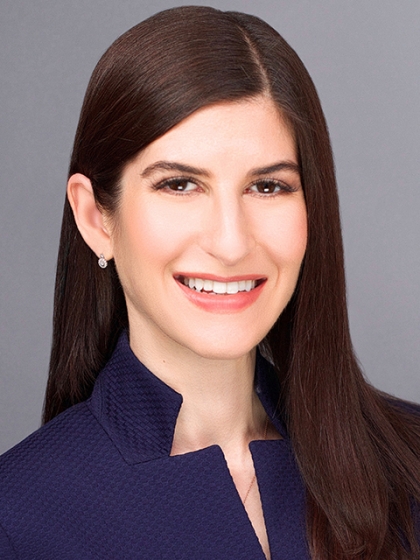 I am a hematologist/oncologist with an expertise in treating blood cancers, specifically multiple myeloma and amyloidosis. I chose a career treating cancer to marry the day-to-day compassionate, individualized care I could give to patients with the opportunity for exciting discovery of new therapies for treating and curing blood cancers. I am fortunate to practice within a hospital and medical institution where the focus is truly on providing exceptional patient care within a research environment offering the latest diagnostic tests and clinical trials and the most comprehensive therapeutic options.

I have particular expertise in AL amyloidosis in addition to multiple myeloma and along with performing stem cell transplants, work to discover new treatments and offer therapies on clinical trials that are not otherwise available for this rare condition. My particular interest is in developing new immune therapies and I work with scientists in the laboratory and other collaborators closely to bring these therapies to the forefront. Above all, I strongly believe the most important part of treating both multiple myeloma and amyloidosis is to be by my patient’s side throughout their diagnosis, treatment and remission, and to continually evaluate for ways of improving their overall health.

I look forward every day to practice as part of the team within the Myeloma Center at Weill Cornell Medicine and New York-Presbyterian Hospital with the goal of improving our treatment of multiple myeloma and amyloidosis to lead to a cure for both conditions.

Dr. Rosenbaum has devoted her career to the treatment and care of patients with plasma cell dyscrasias, including multiple myeloma and amyloidosis. She is actively involved in clinical and translational research in these conditions, and has served as principle or co-investigator on numerous clinical research trials that incorporate novel therapies for her patients. Dr. Rosenbaum received her undergraduate B.A. from Columbia University and medical degree with honors from the University of Illinois College of Medicine. She then received her training in Internal Medicine at the University of Chicago, where she also completed her combined fellowship in Hematology and Medical Oncology. After completing her clinical training, she joined the faculty at the University of Chicago in 2008. Developing a combined multiple myeloma/amyloidosis program, she made several important contributions to clinical research in both diseases. She also worked closely with the National Cancer Institute and researchers at the national level to develop cancer clinical trials for new therapies in multiple myeloma, lymphoma and leukemia as well as stem cell transplantation while serving as Executive Officer of the oncology clinical research organization, the Alliance for Clinical Trials in Oncology, formerly Cancer and Leukemia Group B (CALGB). She was recruited to the full-time faculty of Weill Cornell Medical College and New York-Presbyterian Hospital in 2017. At Weill Cornell Medicine, Dr. Rosenbaum treats all stages of multiple myeloma and amyloidosis including cardiac amyloidosis. She specializes in the care of complications of multiple myeloma and amyloidosis, working closely with radiation oncologists, surgeons, cardiologists and other specialists to support an integrated approach to patient care along with performing stem cell transplantation for myeloma and amyloidosis. Dr. Rosenbaum has published peer-reviewed articles, reviews, editorials and book chapters and has been an invited speaker at numerous conferences. She is a member of several scientific organizations including the American Society of Hematology, International Myeloma Society and the International Society of Amyloidosis and is active with amyloidosis support groups and multiple myeloma awareness programs such as the International Myeloma Foundation.

M.D. with Honors, University of Illinois College of Medicine