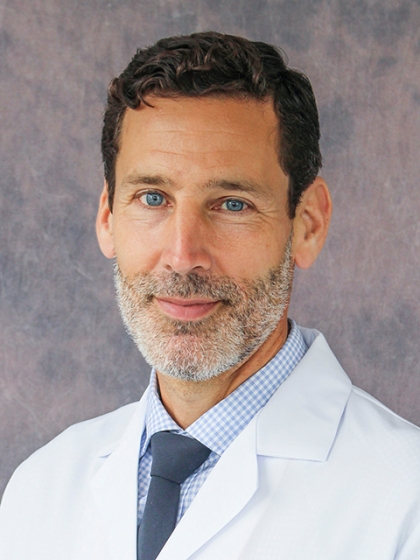 My practice style takes into account the whole patient and attempts to fit the therapy to the patient’s individual needs.  Many patients with vascular disease have complex medical histories and need their treatment plan to match their other medical problems in addition to their vascular issues.  In treating vascular disease, we are not only trying to extend life, but also attempting to maximize the quality of a patient’s life.  I believe this is generally best done through a multidisciplinary approach and with the use of both standard open surgical operations as well as cutting-edge minimally invasive techniques that are now available to treat a large number of vascular conditions.  My practice involves extensive use of these minimally invasive endovascular therapies to correct vascular issues in a way that minimizes the physical impact and need for prolonged recovery periods.

Brian G. DeRubertis, MD, FACS is the Chief of the Division of Vascular & Endovascular Surgery at NewYork-Presbyterian and Weill Cornell Medicine in New York City and is a Fellow of the American College of Surgeons.  His clinical interests include open and endovascular management of complex aortic aneurysms, lower extremity arterial occlusive disease, carotid artery disease and deep venous disease.

After receiving a bachelor’s degree in psychobiology from the University of California at Los Angeles, Dr. DeRubertis earned his medical degree from Weill Cornell Medical College. He completed a general surgery internship at Oregon Health Sciences University in Portland, followed by a surgical research fellowship at Memorial Sloan Kettering Cancer Center in New York City. He then completed his general surgery residency and chief residency at New York-Presbyterian Weill Cornell Medical Center.  He remained in New York for his vascular surgery fellowship at New York-Presbyterian Weill Cornell and Columbia University Campuses.

An active researcher, Dr. DeRubertis has participated in more than 15 clinical research studies as Site or National Principal Investigator. Most recently, he has served as National Principal Investigator for the REALITY Trial, which has been completed and published, and for the LIFE-BTK Trial, which is an ongoing clinical trial evaluating the use of bioresorbable vascular scaffolds for arteries below the knee.

He has published more than 70 articles in peer-reviewed journals, as well as more than 15 book chapters. As frequent speaker, he has presented original research at over 35 regional and national academic conferences, including the annual meeting of the Society for Vascular Surgery, the Western Vascular Society, and the New England Vascular Society, and has been an invited speaker at numerous national and international symposia, including VERVE, VEITH, TCT, LINC, VIVA, and others, delivering over 200 presentations at these conferences.

A fellow of the American College of Surgeons, Dr. DeRubertis is also a member of the Society for Vascular Surgery, the Vascular & Endovascular Surgery Society, the Pacific Coast Surgical Association, the Western Vascular Society, the Society for Clinical Vascular Surgery, and the Southern California Vascular Surgical Society.  He is a member of multiple advisory boards and has acted as a physician educator in many industry / societal training programs. Additionally, he applies his medical knowledge and surgical expertise for consulting purposes with multiple medical device companies to help foster device development and clinical application of these new products.

Dr. DeRubertis has received several honors, and has been named among America’s Top Doctors by U.S. News and World Report in a collaboration with Castle Connolly Medical Ltd. that features peer-nominated physicians across 75 specialties.