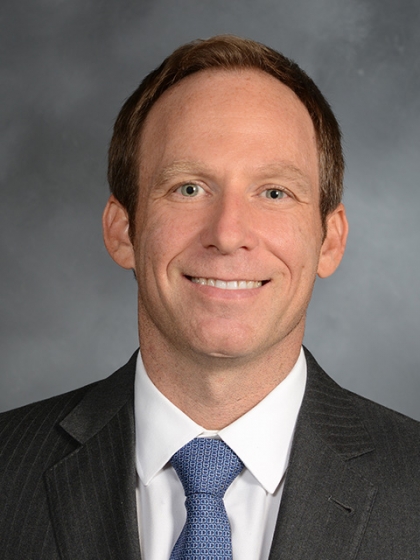 Benjamin J. May, M.D. is a board certified Diagnostic and Interventional Radiologist.

Dr. May obtained his undergraduate degree from the University of California – San Diego in 2001. In 2005, he was awarded the Golding Service and Research Scholarship to attend the Albert Einstein College of Medicine where he earned his medical degree in 2009. During this time, Dr. May was inducted into the Alpha Omega Alpha (AOA) medical honor society and served as President of the Albert Einstein Medical Student Chapter of the American Medical Association.

Following an internship at Memorial Sloan-Kettering Cancer Center, Dr. May completed residency training in Diagnostic Radiology (2010-2014) at New York Presbyterian – Weill Cornell Medical Center. There, he served as Chief Resident and earned the Alexander R. Margulis Award in 2013 for excellence in residency. He remained at Cornell / Memorial Sloan Kettering for a year of fellowship training in Interventional Radiology / Interventional Oncology. After finishing his sub-specialty training, Dr. May remained at Cornell as a full-time Interventional Radiologist from 2015-2019. There, he served as Associate Program Director, was chosen as a Dean’s Healthcare Leadership fellow, and served as faculty advisor to the Cornell medical students. After two years in private practice, Dr. May returned to Weill Cornell in 2021.

Dr. May’s clinical expertise is in Interventional Radiology with a focus on Hepatic and Oncology procedures. He works closely with the Hepatobiliary service performing advanced procedures such as TIPS, portal vein embolization and biliary stenting. His performs targeted cancer therapies such as Y-90 radioembolization, transarterial chemoembolization (TACE) and thermal ablation of tumors within the liver, lung, kidney, bone and soft tissue. Other oncologic procedures include biopsies throughout the body, chemotherapy infusion ports, and palliative pain procedures. He performs a wide range of non-oncologic procedures including uterine fibroid embolization, embolization for chronic knee hemarthrosis, and management of kidney and ureteral blockage.