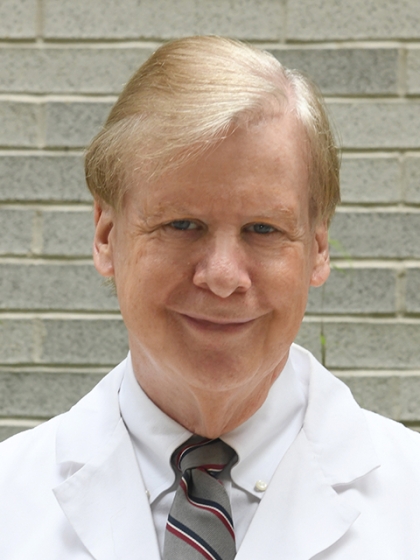 Dr. Bruce B. Lerman is the H. Altschul Master Professor of Medicine, Chief of the Division of Cardiology and Director of the Electrophysiology Laboratory at Weill-Cornell and  the New York Presbyterian Hospital. He received his medical degree from Loyola University - Stritch School of Medicine, was an intern and medical resident at Northwestern University and completed his cardiology fellowship at Johns Hopkins.  He trained in cardiac electrophysiology at the University of Pennsylvania.

He has authored over 200 original publications, 60 book chapters and 2 books. He is a recipient of the Established Investigator Award from the American Heart Association and had received multiple grants from the NIH. He is currently on the editorial boards of Circulation, Heart Rhythm, Journal of Cardiac Electrophysiology, Pacing  and Clinical Electrophysology and the Journal of Innovations in Cardiac Rhythm Management. He is a member of the exam writing committee of the American Board of Internal Medicine for the Cardiac Electrophysiology Board Examination..

His research contributions include elucidating the myriad electrophysiologic mechanisms of  the nucleoside adenosine, pioneering  the concept of current-based defibrillation and determining the role of mechanoelectrical feedback as a stimulus for triggering malignant ventricular arrhythmias. His current work focuses on the the cellular and molecular mechanisms of ventricular outflow tract tachycardia. His laboratory has identified critical somatic mutations in the cAMP signal transduction cascade that mediate this  form of ventricular tachycardia, thus introducing a new paradigm for the causation of ventricular tachycardia. He has been issued 4 patents.

He clinical concentration focuses on the diagnosis and treatment (ablation) of complex atrial and ventricular arrhythmias, as well as on the treatment of life-threatening arrhythmias with implantable devices. For the last 15 years, he’s been named in New York Magazine- Best Doctors,  Castle Connolly – America’s Top Doctors, US News and World Report (Best Doctors) and the New York Times (Super Doctors).