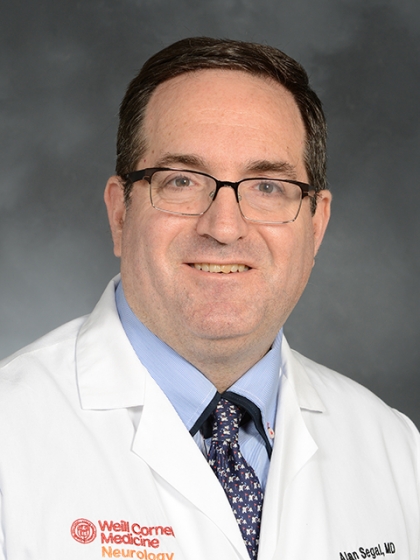 Recruited to Cornell in 1999, Dr. Segal was responsible for the founding and development of the New York Presbyterian Hospital/Weill Cornell Stroke program and supervised NYPs designation as a New York State Primary Stroke Center. This program includes aggressive management of acute stroke, using both intravenous rtPA and intra-arterial therapies such as thrombolysis, and mechanical clot extraction. Dr. Segal's research interests include the relationship between Stroke and Cancer, through which he has collaborated extensively with the Memorial Sloan Kettering Cancer Center. Dr. Segal has been the co-course director of the NYP Brain Attack Course which attracts 400 attendees yearly. Inpatient and outpatient clinical consultations address a wide range of issues relating to cerebrovascular disease. Dr. Segal also accepts referrals for general outpatient neurology.

Dr. Segal received his bachelor's degree from Harvard College and MD degree from Columbia College of Physicians and Surgeons. He received postgraduate training at the Massachusetts General Hospital where he completed residencies in Internal Medicine and Neurology, followed by fellowship in Stroke and Neurocritical Care. He is Associate Professor of Clinical Neurology and Director of the Neurology Residency Training Program and Vascular Neurology Fellowship. Dr. Segal has published widely in the fields of Stroke, Sleep Medicine and General Neurology.