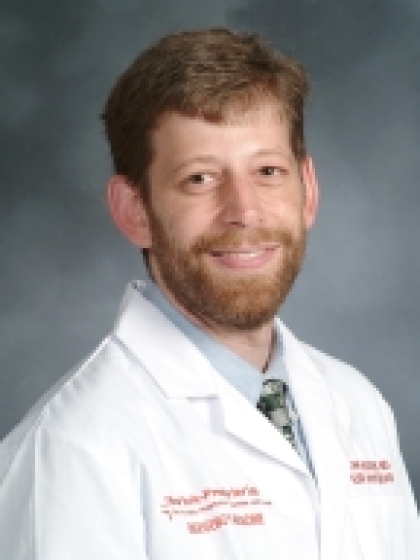 Dr. Rosen is a researcher in elder abuse and geriatric injury prevention at Weill Cornell Medical College and a practicing Emergency Physician at NewYork-Presbyterian Hospital. Dr. Rosen’s research focuses on improving identification, intervention, and prevention of elder abuse in the ED and other health care settings. His research has explored forensic injury patterns in physical elder abuse, identifying specific, clinically detectable differences between unintentional injuries and those from abuse. In 2014, he was awarded a Grants for Early Medical/Surgical Specialists’ Transition to Aging Research (GEMSSTAR) R03 from the National Institute on Aging (NIA) and a Jahnigen Career Development Award, supported by the Society of Academic Emergency Medicine, the John A. Hartford Foundation, the American Geriatrics Society, and the Emergency Medicine Foundation. In 2016, he was awarded a Paul B. Beeson Emerging Leaders in Aging Career Development Award (K76) from NIA and is expanding his research to enroll prospectively and evaluate comprehensively victims of physical elder abuse in the ED. Recently, he received an R01 from NIA to explore health care utilization among elder abuse victims using Medicare claims data and data mining / machine learning approaches with the goal of identifying patterns that differ from other older adults to aid in early identification.

He is also pursuing related areas of research including exploring radiographic findings suggestive of physical abuse and a role for diagnostic radiologists in detection as well as the potential for Emergency Medical Services personnel to identify and report abuse or neglect. He has collaborated with colleagues to improve physician documentation in geriatric injuries in a project supported by funding from the U.S. Department of Justice and on a project to explore the role of prosecution in elder abuse response funded by the Elder Justice Foundation. Dr. Rosen has also led the development of an Emergency Department-based multi-disciplinary Vulnerable Elder Protection Team (VEPT) to assess, treat, and ensure the safety of elder abuse and neglect victims while collecting evidence and working closely with the authorities. The VEPT has been supported by the New York State Office of Victim Services, The Fan Fox and Leslie R. Samuels Foundation, and a Change AGEnts grant from the John A. Hartford Foundation. Dr. Rosen’s work has also explored a specific, under-recognized type of elder abuse, resident-to-resident aggression in nursing homes. He participated as an invited content expert at the 2015 White House Elder Justice Forum and as a panelist / presenter at the 2015 National Institutes of Health’s Workshop: Multiple Approaches to Understanding and Preventing Elder Abuse and is currently serving as an expert advisor to the New York State Department of the Aging. Dr. Rosen serves as a member of the National Collaboratory to Address Elder Mistreatment. Dr. Rosen is deeply committed to improving geriatric emergency care. He is the past president of the Academy of Geriatric Emergency Medicine. He also serves on the NIH-funded Geriatric Emergency Care Applied Research (GEAR) Task Force, on the Board of Governors for the new geriatric ED accreditation process, and is a core faculty member of the Geriatric ED Collaborative. Dr. Rosen has also become deeply involved in the care and advocacy for elder abuse victims within New York City, serving as a member of the Steering Committee of the New York City Elder Abuse Center and a physician member of multi-disciplinary elder abuse response teams in Manhattan and Brooklyn. He is also a member of the New York City Violent Death Reporting System Advisory Board and the NYC Elder Fatality Review Team.

Dr. Rosen has assisted in the development and evaluation of clinical protocols in ED assessment / management of agitated delirium and appropriate use of indwelling urinary catheters. He completed his residency training in Emergency Medicine in 2014 at NewYork-Presbyterian Hospital and completed a Geriatric Emergency Medicine Fellowship at Weill Cornell in 2016. He received his MD from Weill Cornell Medical College and MPH in epidemiology from UCLA.

Young Investigator Award awarded by the Society of Academic Emergency Medicine for commitment and achievement in research during the early stage of an academic career, May 2019

Good Physician Award awarded to that member of the graduating class who, by vote of the class, best exemplifies the intangible qualities of the "Good Physician," June 2010

Harold G. Wolff Research Prize given to the medical student who has completed the most outstanding piece of original research in the neurological or behavioral sciences, June 2010

Henry Adelman Memorial Award for Excellence in Geriatric Medicine awarded to a member of the graduating class who has demonstrated excellence in clinical and academic performance, research accomplishments, and extracurricular work in the field of geriatrics, June 2010

George G. Reader Prize in Public Health given to the graduating student who shows the most promise in the field of public health, June 2010

Hayworth-Gold Award for Excellence in Medical Professionalism awarded for exemplary demonstration of knowledge, communication, technical skills, and clinical and ethical reasoning as reflected in daily practice during the third year, May 2009

Viola Borkon Memorial Prize awarded annually to the student who has placed at the top of the class for scholastic performance upon completion of the pre-clinical curriculum, May 2008

Henry C. and Anne Hayworth First Honor Prize awarded to the student who has the highest academic standing in the class upon completion of the first year of medical school, May 2008