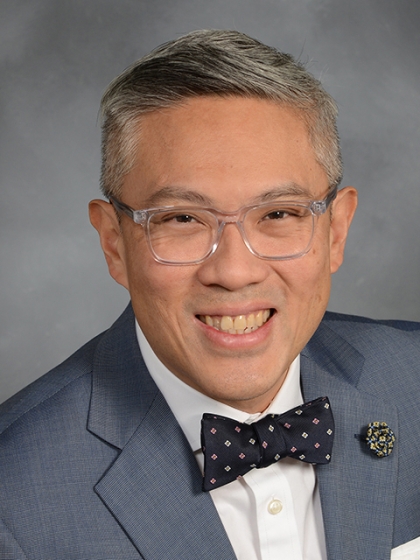 Ever since the age of 8, I knew that I wanted to be a pediatrician. Not only did “kids’ doctors” seem to have the most fun while doing their jobs, they also helped children in need. My experiences during training here at the New York Hospital and then later at Memorial Sloan Kettering Cancer Center led me to pursue a career in helping kids with cancer. I have had the fortune of being mentored by and then working alongside world-class pediatric oncologists at both institutions. My experiences have reinforced my belief that curing a child with cancer takes a dedicated team of physicians, nurses, social workers, child life specialists, and many others. And it is this team approach that we will bring to the care of your child.

While cancer medicine has advanced dramatically with the advent of genomic sequencing and personalized medicine, too many children (and their families) still endure the hardships of cancer treatment. We will use all of the considerable resources available to care holistically for you and your child.

“Do or do not; there is no try.” These words of Master Yoda from Star Wars were written onto a t-shirt of one of my patients. His philosophy was to never quit…to always hope and to keep going. This has served as an inspiration as I strive to do better for my patients.

Dr. Alexander Chou is an assistant professor of pediatrics at Weill Cornell Medicine and an assistant attending pediatrician at NewYork-Presbyterian/Weill Cornell Medical Center. He specializes in the care of children with pediatric sarcomas including osteosarcoma, Ewing sarcoma, rhabdomyosarcoma, synovial sarcoma, desmoplastic small round cell tumor, alveolar soft part sarcoma, rhabdoid tumors, epithelioid sarcomas, infantile fibrosarcomas, and other rare sarcomas of childhood, and also cares for children with other common solid tumors such as neuroblastoma, Wilm’s tumor, hepatoblastoma, germ cell tumors, and other rarer tumors of childhood.

Dr. Chou received his medical degree (M.D.) at Weill Cornell Medical College, Cornell University.  After completing his residency in Pediatrics at NewYork-Presbyterian/Weill Cornell Medical Center, he continued his training and completed a pediatric hematology/oncology fellowship at the joint program at Memorial Sloan Kettering Cancer Center and NewYork-Presbyterian/Weill Cornell Medical Center.  Dr. Chou joined the faculty at Memorial Sloan Kettering Cancer Center (MSKCC) where he served for a decade as a member of the pediatric sarcoma service and in various education leadership roles.  He then  served as clinical director of the pediatric sarcoma service at the Children's Hospital at Montefiore, where he helped establish the Bronx’s first pediatric cancer predisposition clinic. In 2021, he was recruited to rejoin the faculty at Weill Cornell Medicine to provide  direct care for children with solid tumors and serve as the Director for Clinical Operations for Pediatric Oncology.

Dr. Chou's research and clinical interests lie in exploring new treatment options for pediatric sarcomas and pediatric solid tumors. In the laboratory, he has sought to characterize the molecular pathways that led to tumor growth and progression. Additionally, he helped develop novel drugs and treatment delivery mechanisms for relapsed pediatric sarcomas.   He is active in regional, national and international collaborative organizations including the Children’s Oncology Group, the American Society of Pediatric Hematology Oncology, and the Connective Tissue Oncology Society.