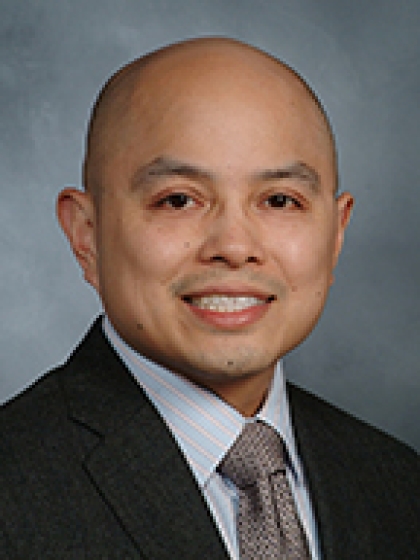 Alan C. Legasto, M.D. is a board-certified radiologist specializing in thoracic imaging. He is Assistant Professor of Radiology at Weill Cornell Medical College and Assistant Attending Radiologist at the NewYork-Presbyterian Hospital-Weill Cornell Campus.

Dr. Legasto earned his B.A., in English, from the State University of New York (SUNY) at Buffalo in 1996.  He then received his M.D. degree from the Ross University School of Medicine in Dominica, West Indies in 2000.

Following his transitional internship year at St. Vincent’s Medical Center in Bridgeport, Connecticut, Dr. Legasto completed residency training in Diagnostic Radiology (2001-2005) at Long Island College Hospital in Brooklyn.   This was followed by a one year fellowship in Thoracic Radiology at the Massachusetts General Hospital in Boston.

After training, Dr. Legasto joined the Departments of Radiology at Beth Israel Medical Center (NYC) and St. Lukes Roosevelt Hospital Center (the former Continuum Health Care System) in 2006 and was appointed Section Chief of Cardiothoracic Radiology in 2007.  He was on the faculty the Albert Einstein College of Medicine of Yeshiva University as Assistant Professor of Radiology from 2006 through 2014.  Dr. Legasto started on the Weill Cornell Medical College faculty as Assistant Professor of Radiology in March 2014.

Dr. Legasto achieved Board Certification in Diagnostic Radiology from the American Board of Radiology in 2005.

Dr. Legasto’s clinical expertise is in thoracic and cardiac imaging.  He interprets a wide range of imaging examinations, including radiography, CT, MRI, PET, and ultrasound.

His research interests include MRI imaging of the chest.  In addition to clinical activities, Dr. Legasto is an active teacher of residents, fellows, and medical students. At Beth Israel Medical Center, Dr. Legasto was voted, by the radiology residents, as the “Teacher of the Year” for three year out of the eight years he was at Beth Israel.  In 2013 he was selected as  “SuperDocs Rising,”  a peer elected acknowledgement for the New York Times Magazine.

Dr. Legasto is a member of the following professional societies: