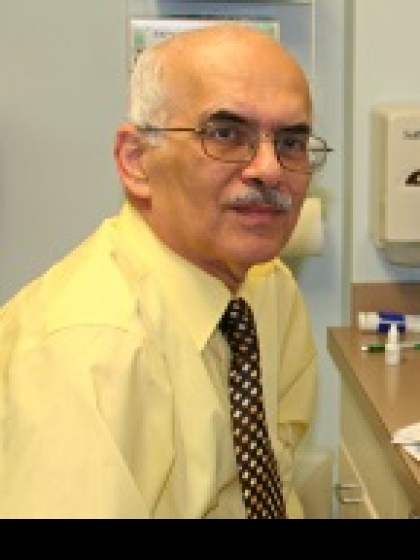 My approach to patient care is to listen to the patient intently and to commit my full attention to the patient's concerns. Very often the diagnosis becomes clear just from patient input and information.

My main areas of interests include hepatitis and biliary problems. Inflammatory bowl disease is growing concern in Brooklyn, and HIV afflictions in our community and its impact on the bowel is a challenge to our specialty.

Dr. Adnan Khdair received his medical degree from Baghdad College of Medicine in 1978. He completed his research fellowship in Gastroenterology and his residency in Internal Medicine at Woodhull Hospital in 1993 and 1995, respectfully. He is a member of the American College of Physicians, American Medical Association, American Gastroenterology Association, Crohn’s & Colitis Foundation of Americas, American Society of Gastrointestinal Endoscopy, American College of Gastroenterology, American Association for the Study of Liver Disease, and the Royal College of Physicians of United Kingdom. Prior to joining Weill Cornell Medical College in 2014, Dr. Khdair held a teaching position at Charring Cross Hospital in London and was a member of a private practice in Brooklyn.