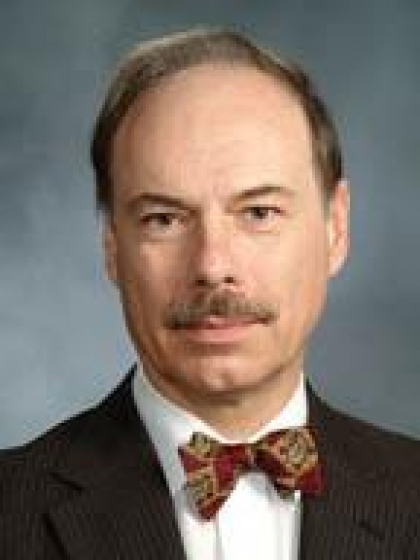 Dr. Alexander Swistel is Associate Professor of Clinical Surgery and Associate Attending Surgeon at NewYork-Presbyterian/Weill Cornell Medical Center and an internationally-recognized breast surgeon who pioneered many of the newest advances in breast cancer treatment.

Dr. Swistel graduated from Harvard University and completed his medical school training at Brown University Medical School.  He did his surgical residency at St. Luke’s-Roosevelt Hospital Center, and then completed the two-year surgical oncology fellowship at the Memorial Sloan Kettering Cancer Center.  He joined the Surgical Attending staff at the St. Luke’s-Roosevelt Hospital Center and subsequently became their first Chief of Breast Surgery.  In 1996, he was recruited by New York Hospital and joined the attending staff in surgery. There he was instrumental in coordinating efforts to develop the Weill Cornell Breast Center and became the Director of the Program. He also started their Breast Surgical Service and became its first director. Currently, he is Associate Clinical Professor of Surgery at the Weill Cornell Medical College and Associate Attending in the Department of Surgery and former Chief of the Section of Breast Surgery.

In 1986, he established the first Comprehensive Breast center in Manhattan at the St. Luke’s Hospital. This served as a model for subsequent breast centers throughout the city including the Lauder Center at Sloan Kettering and the present Weill Cornell Breast Center. Recognizing that the minority population sometimes had difficulty in accessing good breast care, he received a special grant from the state to focus on screening minority patients. This program was adopted by the New York State Legislature and continues to be funded to this day. He first developed an early protocol using laser guided destruction of small breast tumor as a way to minimize surgical scars. Later, he performed the first skin sparing mastectomy in New York City in 1991.  That technique did much to minimize the surgical defect related to standard radical mastectomy and the technique was combined with immediate reconstruction.  He was one of the first physicians in New York to perform sentinel lymph node biopsy, then a new technique for minimizing axillary surgery for breast cancer patients.

Dr. Swistel has been in the forefront of oncoplastic surgery that combines optimal cancer surgery principles for cure along with cosmetic techniques to minimize scars.  He initiated the first academic based oncoplastic surgery program in the tri-state area. He introduced nipple sparing mastectomy to NewYork-Presbyterian Hospital and improved on the surgical technique with an infra -mammary approach which leaves the patient with virtually no visible scar. Along with the radiation oncologists, Dr. Swistel began the first successful intra-operative radiation therapy for early stage breast cancer in New York City. He has lectured widely on the topic of breast cancer surgery and prevention strategies and has developed a high risk program at Weill Cornell for patients who are at elevated risk for developing breast cancer. He has published widely in peer-reviewed journals and is on the editorial board of a number of those publications. Dr. Swistel was on the founding medical board for New York’s Komen organization for the “Race for the Cure” and remains on the National Medical Board for the Young Survivor’s Coalition. He is past President of the New York Metropolitan Breast Cancer Group, which is the oldest and largest regional group of breast cancer specialists in the nation and He is a member of multiple specialized cancer organizations.   He has received many honors and awards in recognition of his important contributions to the advancement of minimally invasive procedures for breast cancer. In 2014, Dr. Swistel received a Lifetime Achievement Award from the Cancer Research and Treatment Fund for his pioneering work in breast cancer surgery.

Alexander J. Swistel, M.D., a nationally-renowned breast surgeon, has pioneered many of the newest advances in minimally-invasive breast cancer treatment.

Dr. Swistel graduated from Harvard University and received his medical degree from Brown University School of Medicine in 1975. He completed his surgical residency at St. Luke's-Roosevelt Hospital Center and a two-year surgical oncology fellowship at the Memorial Sloan-Kettering Cancer Center. At the completion of his fellowship, Dr. Swistel returned to St. Luke's as an Attending Surgeon and subsequently became the Chief of Breast Surgery.

In 1996, he was recruited by New York-Presbyterian Hospital to strengthen the breast service and joined the attending staff in surgery. Dr. Swistel's visionary leadership was instrumental in developing and launching the Weill Cornell Breast Center and he became the Director of the Program and served for Chief of Breast Surgery for over 14 years. He is Associate Professor of Clinical Surgery at Weill Cornell Medical College, Associate Attending at New York-Presbyterian Hospital's Department of Surgery.

Dr. Swistel has pioneered many significant improvements in the delivery of breast cancer care that have greatly benefited patients and offered new, less invasive treatment options for women with breast cancer. He developed an early protocol using laser-guided destruction of small breast tumors as a way to minimize surgical treatment of breast cancers. He was the first surgeon in New York to perform a skin-sparing mastectomy in 1991. That technique revolutionized standard radical mastectomies. When combined with immediate reconstruction, it allowed for a significantly improved cosmetic outcome, with no decrease in survival. In fact, the quality of survival was enhanced.

He continues to pioneer techniques in surgery that provide effective removal of tumors with reconstructive techniques that leave the patients without visible scars and excellent tumor therapy. This vision has culminated in the establishment of a specialized center of oncoplastic surgery, where teams of surgeons combine the latest techniques for tumor removal along with reconstructive options. This leaves patients with no visible reminder of the breast cancer, better cosmetic results, and reduced risk. Many studies show a huge psychological benefit to woman who undergo oncoplasty.

In 1986, he established the first Comprehensive Breast Center in Manhattan at St. Luke's Hospital. That center served as a model for subsequent breast centers throughout the city. Recognizing that minority populations often have difficulty accessing good breast care he received a special grant from New York State to focus on screening of minority patients. This program was adopted by the New York State legislature and continues benefiting women today.

Dr. Swistel was one of the first physicians in New York to pioneer sentinel lymph node biopsy, a new technique for minimizing auxiliary surgery. He currently runs a high-risk surveillance program at the Weill Cornell Breast Center for patients who are at elevated risk for developing breast cancer.

Lifetime Achievement Award, 2014 from the Cancer Research and Treatment Fund