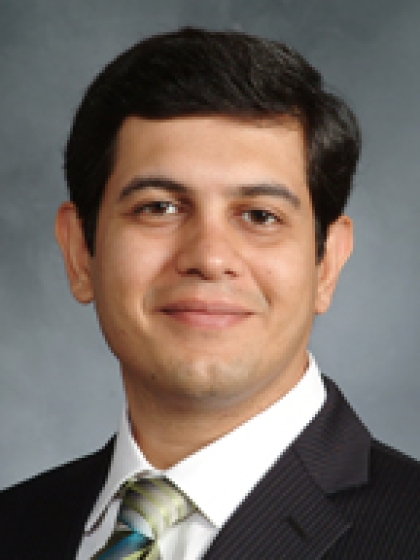 Dr. Ashwin Asrani joined the full-time faculty at Weill Cornell Medical College in July 2010. He is an Assistant Professor of Radiology and an Assistant Attending Radiologist at NewYork-Presbyterian Hospital-Weill Cornell Campus. Dr. Asrani is a member of the Emergency Radiology Division.

Dr. Asrani was appointed Clinical Assistant at MGH and Clinical Fellow at Harvard Medical School from 2008-2010 where he was a member of the Division of Emergency Radiology.

Dr. Asrani achieved Board Certification in Diagnostic Radiology from the American Board of Radiology in 2010.

In addition to an active clinical practice, Dr. Asrani is a dedicated and engaged teacher of residents, fellows, and medical studies.