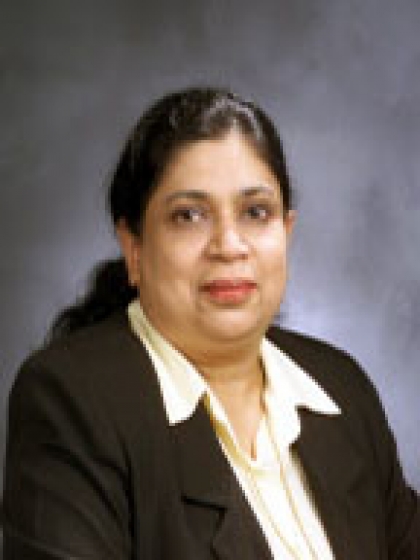 Dr. Susan Mathew received her undergraduate education and Ph. D. in Human Genetics in her native country of India in 1981. She subsequently received post-doctoral training at the Institute of Human Genetics in Freiburg, West Germany and returned to India to direct a cytogenetics laboratory, which she did for the next six years. In 1990 she immigrated to the United States to work as a Research Associate in Cancer Genetics under the mentorship and tutelage of Dr. Raji Chaganti at Memorial Sloan Kettering Cancer Center. In 1995, she was appointed Assistant Member in the Department of Pathology at St. Jude Children’s Research Hospital. She was promoted to Associate Member, Department of Pathology at that institution in March, 2002. Dr. Mathew is one of only a small handful of individuals in the United States who is certified in Clinical Cytogenetics by the American Board of Medical Genetics.

Dr. Mathew is widely respected in the United States as an outstanding cancer and molecular cytogeneticist. She is particularly well known and respected for her expertise in the cytogenetic diagnosis of human leukemias and lymphomas and for her scholarly contributions to the literature concerning this topic.