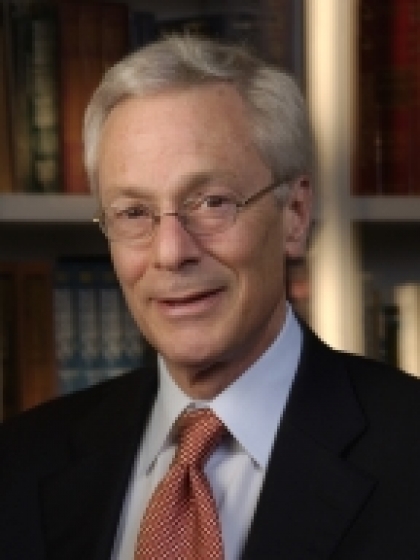 Dr. Robert Hirschfeld is Professor of Clinical Psychiatry at Weill Cornell Medicine. He specializes in the treatment of bipolar disorder and depression in adults, particularly in patients whose illness has not responded to treatment. He also treats patients with anxiety disorders.

Dr. Hirschfeld is renowned internationally for his research on the diagnosis and treatment of bipolar disorder and depression. He developed the Mood Disorder Questionnaire (MDQ), the most widely used screening instrument for bipolar disorder in the world. The MDQ has been translated into nineteen languages.

Prior to joining the Weill Cornell Department of Psychiatry in April, 2015 he served for nearly 25 years as Professor and Chair of the Department of Psychiatry at the University of Texas Medical Branch in Galveston where he conducted research, treated patients, and provided educational programs for medical students and residents.  Before coming to Texas, Dr. Hirschfeld spent 18 years at the National Institute of Mental Health, where he was Chief of the Mood, Anxiety, Personality Disorders Research Branch.

Dr. Hirschfeld has authored nearly 300 scientific papers and abstracts in leading scientific and medical journals, and has contributed chapters on mood and anxiety disorders in four major psychiatric textbooks, as well as in nearly two dozen other books on psychiatry. He served as Chair of the original American Psychiatric Association Guidelines for Treatment of Patients with Bipolar Disorders as well as the revision of the document.

Dr. Hirschfeld received his Bachelor of Science degree from the Massachusetts Institute of Technology in 1964, and his MD degree from the University of Michigan in 1968. He completed his residency in Psychiatry at Stanford University Medical Center in 1972 and received a Master of Science in Operations Research from Stanford University in the same year. He was certified in Psychiatry by the American Board of Psychiatry and Neurology in 1975. He subsequently spent 18 years at the National Institute of Mental Health, where he was Chief of the Mood, Anxiety and Personality Disorders Research Branch.