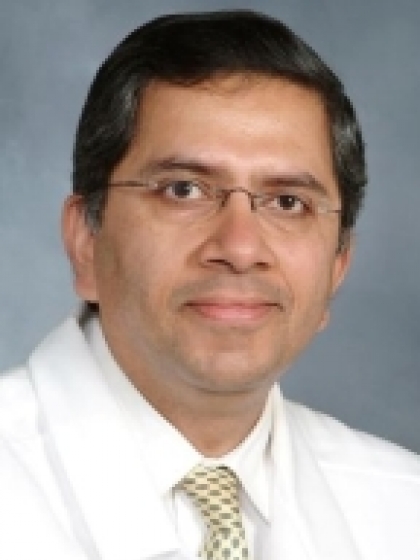 In his current practice in the Section of Colon and Rectal Surgery at Weill Cornell Medicine, Dr. Shukla focuses his practice on the surgical and endoscopic removal of colorectal cancer and polyps, surgical intervention for inflammatory bowel disease, and various anorectal disorders. Dr. Shukla is skilled on all established minimally invasive surgical modalities, including laparoscopic, endoscopic and robotic techniques.

In addition to his clinical practice, Dr. Shukla is a renowned researcher and educator. He is widely published with over 110 articles in peer reviewed medical journals and 11 book chapters. He has served as Editor in Chief of the Journal of Colorectal Diseases. Dr. Shukla is an invited reviewer for many international journals, and has been an invited lecturer at 128 international meetings.

His current clinical research at NYP/Weill Cornell centers on luminal mapping of colon tumors and the implications associated with their placement, classification and substaging of Stage IV colorectal cancer tumors, the application of "needlescopic" procedures to laparoscopic and endoscopic surgery, the expanded role of intraoperative carbon dioxide colonoscopy in the operating room, narrow-band imaging and vascularity of the anastomosis, endoluminal full-thickness closure of intestinal defects, the role of multi-photon microscopy in luminal diagnosis, the impact of obesity on outcomes of laparoscopic colectomy, and long-term outcomes of colon cancer after open and laparoscopic surgery.

Dr. Shukla received his M.B.B.S. degree in 1991 and his Master of Surgery degree in 1994 from Grant Medical College, Mumbai, India. He completed general surgery residency training from 1991 to 1994 at Grant Medical College and Sir J.J. Group of Hospitals. He trained extensively in the United Kingdom and Australia from 1994 until 1999, including Registrar appointments at both Royal Victoria Hospital (1995-1997) and Queen Elizabeth Hospital (1998-1999) in Belfast, Northern Ireland as well as Flinders Medical Center in Adelaide, Australia (1997-1998). He accepted an appointment of Assistant Professor at Tata Memorial Hospital in November of 1999. He received several promotions in his time there, ultimately serving as Professor of Surgical Oncology and Chief of the GI Surgical Oncology Unit until departing August 2011, shortly thereafter joining Weill Cornell Medicine.