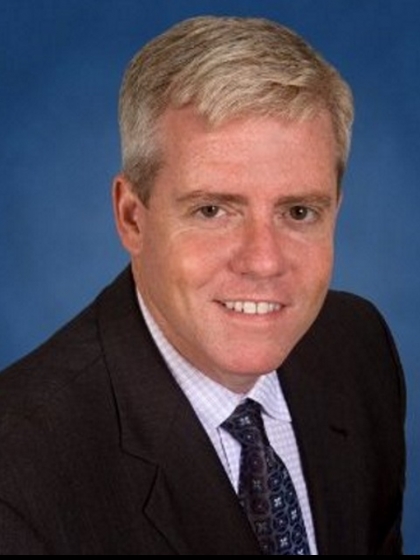 For directions to the Center for Female Pelvic Health, please click here.

Patrick Culligan, MD, FACOG, FACS, graduated from Georgia Tech in 1989 and from the Mercer University School of Medicine in 1993. After completing his residency in Obstetrics and Gynecology with the Greenville Hospital System / University of South Carolina, he went on to a fellowship in Urogynecology and Reconstructive Pelvic Surgery at the Evanston Continence Center, Northwestern University Medical School, where he trained extensively in the surgical and non-surgical management of all pelvic floor disorder such as pelvic organ prolapse, urinary incontinence, and fecal incontinence.

Dr. Culligan's first practice after fellowship training was with the University of Louisville Department of Obstetrics and Gynecology. While in Louisville, he co-founded a Board-certified fellowship program in Female Pelvic Medicine & Reconstructive Surgery (aka 'Urogynecology'). He directed that program and became well known in his field for his skills in advanced minimally invasive surgical techniques and his high quality clinical research studies. In Louisville, Dr. Culligan became one of the first urogynecologists in the U.S. to regularly perform the sacrocolpopexy operation laparoscopically.

In 2004, Dr. Culligan moved to New Jersey where he founded the Division of Urogynecology and Reconstructive Pelvic Surgery for The Atlantic Health System. During his nearly 13 years with Atlantic Health System, he established a Board-approved fellowship program and published over 50 peer-reviewed manuscripts regarding his clinical research which is primarily focused on ways to improve and/or teach minimally invasive surgical techniques for the correction of prolapse and incontinence. At Atlantic Health System, Dr. Culligan also developed a particular expertise in robotic-assisted laparoscopic surgery, and he has become a world renowned teacher of those techniques.

Although he is widely known for his surgical techniques, Dr. Culligan always tries to find a non-surgical approach for his patients. In fact, he was selected by the prestigious journal Obstetrics & Gynecology to author a peer-reviewed manuscript entitled "Non-Surgical Management of Pelvic Organ Prolapse" which has since become required reading for all Board certified OB-Gyn doctors in the U.S.

“Dr. Culligan is the kind of physician that one only rarely finds. He is a skilled surgeon and someone who can relate to patients in a way that makes them comfortable enough to ask questions. He is clear in explaining procedures and his demeanor is calm and reassuring. I never felt that I was bothering Dr. Culligan with my questions and post-surgery I knew that I could call him with my concerns.” - C.S.

“It was an excellent decision to put my condition in the hands of a very thorough, competent and self-assured physician as Dr. Culligan. Not only did he perform a successful surgery, he collaborated with other experts to ensure a comprehensive approach to my care. His gentle demeanor and professionalism before, during and after my hospital stay has been consistent. He is reachable, approachable and sincerely interested in my well being. His staff and Nurse Practitioner have the same philosophy.” – Barbara W.

“Dr. Culligan is the kind of physician that one only rarely finds. He is a skilled surgeon and someone who can relate to patients in a way that makes them comfortable enough to ask questions. He is clear in explaining procedures and his demeanor is calm and reassuring. I never felt that I was bothering Dr. Culligan with my questions and post- surgery I knew that I could call him with my concerns.” - Calliope S.

"It is rare to come across a physician like Dr. Culligan. He spent time answering all of my questions and really put me at ease. I would highly recommend Dr. Culligan to anyone in search of a uro-gyno."

"I was looking for a top notch uro-gynecologist and was recommended to Dr. Culligan. He spent a lot of time with me explaining various procedures, my options and the success rate of each. He has a great bed side manner and I felt I was in very competent hands for my surgery. I would definitely recommend both Dr. Culligan and his staff." – Patricia P.

"Dr. Culligan was recommended to me by two different friends and 3 different doctors. When I met him, I could easily see why. He listened to me and didn't rush. He offered me options that included no surgery. He gave me several surgical options (with or without use of mesh). I trust him."

"I am eternally grateful to Dr. Culligan for the outstanding care he gave me. He not only did a wonderful job on my surgery, but he was always there for me every step of the way. He is known for being a great surgeon, but he is a great person too. He really cares. I feel wonderful. We miss him in New Jersey, but he told me that he would open a NJ office location soon. Either way, it's worth the trip into the city to see him." – Libby

Dr. Patrick Culligan is the Director of Urogynecology at the Center for Female Pelvic Health within the Department of Urology at Weill Cornell Medicine. The Center is located at 525 East 68th Street, on the ninth floor of the F building (F9-West).

For directions to the Center for Female Pelvic Health, please click here.