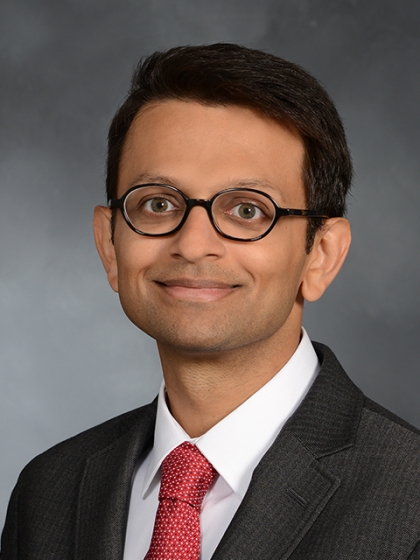 Neal S. Parikh, M.D., M.S., RPNI, is a Neurologist at Weill Cornell Medicine, where he serves as the Director of Outpatient Stroke and Vascular Neurology Services.

After receiving a B.A. from Yale College, he received his M.D. from Weill Cornell Medical College. He completed residency in Adult Neurology and served as Chief Resident at NewYork-Presbyterian/Weill Cornell Medicine. This was followed by a postdoctoral fellowship in neuro-epidemiology and vascular neurology at The Neurological Institute at Columbia University Irving Medical Center, during which he received an M.S. in epidemiology from the Columbia University Mailman School of Public Health. He is board certified in Adult Neurology and Vascular Neurology by the American Board of Psychiatry and Neurology. He is also certified as a Registered Physician in Neurovascular Interpretation (RPNI) by the American Society of Neuroimaging.

Dr. Parikh's clinical expertise is in vascular neurology. He provides comprehensive, patient-centered care to patients with stroke, transient ischemic attack, and other vascular neurology conditions. Common conditions treated in his outpatient practice are stroke, transient ischemic attack, cerebral amyloid angiopathy, dissection, venous sinus thrombosis, abnormal vascular findings on brain imaging, and vascular cognitive impairment/dementia. He takes a keen interest in identifying and addressing uncommon causes of stroke in young adults. In the hospital setting, he additionally treats patients with other neurological emergencies and conditions that require hospital admission or that occur in patients hospitalized with other illnesses.

His research focuses on 1) the complex interplay between medical conditions and brain health, and 2) stroke epidemiology and prevention. He has published numerous studies demonstrating a link between liver conditions and stroke and cognitive impairment. Another major focus is optimizing smoking cessation in the stroke secondary prevention setting and for patients with neurological disorders.

His work has been published in leading journals such as JAMA Neurology, Neurology, Stroke, European Journal of Neurology, Journal of Alzheimer's Disease, Alzheimer’s & Dementia. His research is currently supported by the NIH/NIA and Florence Gould Foundation. Other recent support include the New York State Department of Health Empire Clinical Research Investigator Program and the Leon Levy Foundation in Neuroscience. He serves on the editorial board of Stroke and the Journal of Alzheimer's Disease. Last, a regular participant in the annual Neurology on the Hill legislative advocacy event, and a former participant and advisor in the AAN Palatucci Advocacy Leadership Forum, he is deeply committed to improving population health through media engagement and advocacy.