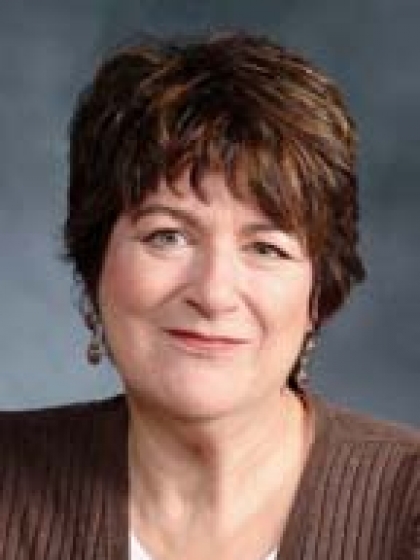 "Women’s health has changed most, I believe, in response to our patients and their advocates, who persistently raise the bar and demand that we make healthcare that fits women’s needs.”

Dr. Polaneczky provides gynecologic care to women of all ages, from pre-teen to post-menopause. Her goal is to provide accessible, personalized, state of the art healthcare in a one-to-one relationship with her patients, harnessing technology to communicate, educate and support their mutual goals of health and well-being. She is an active advocate of women's health, patient education and open communication between doctor and patient, and believes that the healthcare works best when it is patient-centered.

Dr. Polaneczky has studied contraceptive use in both adults and adolescents, and along with Weill Cornell colleague Steven Witkin Ph.D., pioneered the use of self-testing for Chlamydia infections in women. In addition, she has collaborated with colleagues in psychiatry investigating treatments for premenstrual dysphoric disorder, and most recently initiated a collaborative project with colleagues in Public Health and Oncology to develop a computer-based decision tool to inform women’s decisions around screening mammography.

Dr. Polaneczky writes The Blog that Ate Manhattan, a blog that combines her love of food, medicine, and New York City, that has been named one of the top 100 medical blogs and a “must-read” blog for women. Dr. Polaneczky also sings choral music, performs with her musical theater class, and loves to bike the loop in Central Park. She and her husband, who is also an educator, have two daughters.

"The internet is revolutionizing healthcare, and I’m excited to be a part of that revolution."

A graduate of Villanova University, Dr. Polaneczky received her M.S. in Biology at New York University and her M.D. from the Temple University School of Medicine. She completed her residency in Obstetrics and Gynecology at the Albert Einstein Medical Center in Philadelphia, and served for four years as Assistant Professor of Obstetrics and gynecology at the University of Pennsylvania College of Medicine before accepting a faculty position at Weill Medical College of Cornell University in 1992. In August 2000, she became one of the first physicians in the United States to be certified as a menopause clinician by the North American Menopause Society.

Podcast: Menopause and the Changes Women Can Expect
October 19, 2020
What is Menopause?
October 7, 2020
View All News