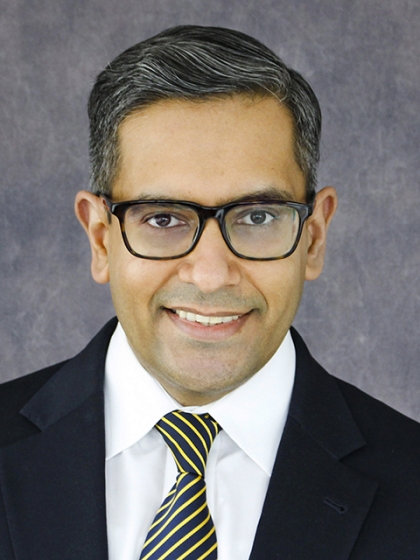 I strive to provide the most humanistic care possible to critically ill or critically injured patients and their families. I aim to help educate the next generation of Acute Care Surgeons who specialize in trauma, emergency surgery and surgical critical care – not just in knowledge and technical expertise – but also in the healing art of medicine. As a public health servant, I have often said the “best patient is the one we never see”. Prevention of sickness and injury locally, regionally, nationally and internationally is a lifelong passion.

Dr. Narayan is an Attending Surgeon at Weill Cornell Medical Center in the Division of Trauma, Burns, Critical and Acute Care Surgery.  He was previously Associate Professor in the Department of Surgery at UT Southwestern Medical Center, Dallas, TX, where he also served as Chief of Acute Care Surgery, Chief of the Surgical Intensive Care Unit and Associate Program Director for the General Surgery Residency Program.  He was previously an Assistant Professor at the R Adams Cowley Shock Trauma Center at the University of Maryland, Baltimore, MD, where he founded and served as Medical Director for the Center of Injury Prevention & Policy. He was the Associate Director of the Division of Medical Education and Course Founder and Director for two new courses, the Humanism Symposium and the Surgical Boot Camp.

Dr. Narayan received a B.S. (major-biology) from Old Dominion University and his MD from the Eastern Virginia Medical School (EVMS) as a member of the highly competitive joint BS/MD program. He stayed on to complete his internship and general surgery residency at EVMS. Dr. Narayan completed his Surgical Critical Care and Traumatology Fellowships at the University of Maryland R Adams Cowley Shock Trauma Center. He received a Master of Public Health from the Johns Hopkins University Bloomberg School of Public Health and a Master of Business Administration from the Johns Hopkins University Carey Business School. Dr. Narayan has also received his Master of Health Professions Education from Harvard Macy and the MGH Institute of Health Professions.

Dr. Narayan has been an invited international lecturer in trauma and injury prevention.  Additionally, he serves as Visiting International Faculty for Trauma at the All-India Institute of Medical Sciences, New Delhi, and the King George Medical College in Lucknow as well as the Chengdu 120 Emergency Command Center Chengdu, China.  He is a member of both Alpha Omega Alpha and the Gold Humanism Honor Society. He is the recipient of numerous awards including the 2011 Leonard Tow Humanism Award awarded by the Gold Humanism Honor Society and Arnold P. Gold Foundation. In 2012, the Arnold P. Gold Foundation awarded him the prestigious Gold Doctor, a national award given to those "working to keep the care in healthcare”. In addition, Dr. Narayan has been awarded the highly coveted Golden Apple Teaching Award for Best Clinical Faculty by the American Medical Student Association in 2012 and 2013. In 2013 and 2014, Dr. Narayan's led Center for Injury Prevention & Policy was awarded a Senatorial Award from US Senator Barbara Mikulski, D-MD for positively impacting the lives of troubled youth in Maryland.  In 2014, Dr. Narayan was Visiting Professor for the White House Medical Unit. He is a member of the American College of Surgeons, the Eastern Association for the Surgery of Trauma, the American Association for the Surgery of Trauma, the International College of Surgeons, the Association of Surgical Education, the Association for Academic Surgery, the L.D. Britt Surgical Society, the Indian American Surgical Association and several other organizations. He is a Fellow of the American College of Surgeons, the American College of Critical Care Medicine, and the International College of Surgeons.