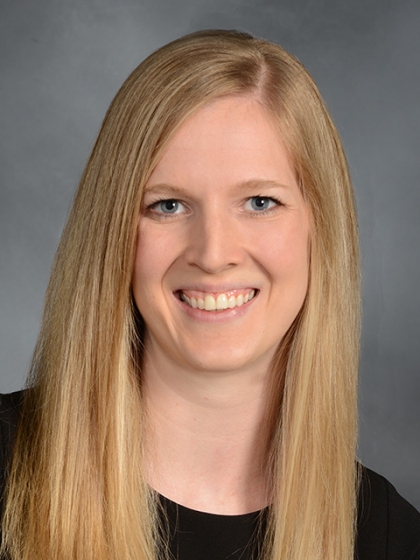 I envisioned becoming a physician for as long as I can remember, with an interest in obstetrics and gynecology that solidified in medical school. I am passionate about providing comprehensive, patient-centered care with the goal of empowering patients to make educated and evidence-based decisions about their health. I strive to provide a comfortable and open environment for all patients regardless of age, race, gender, sexual orientation and experience when seeing a gynecologist. It is a privilege to be a part of my patients’ lives during both their most vulnerable and most exciting times. I am excited to join Weill Cornell after training here as a resident, and to continue to work with our brilliant and talented team of providers.

Dr. Kelsey Musselman is an Assistant Clinical Professor of Obstetrics and Gynecology at Weill Cornell Medical Center. A Texas native, Dr. Musselman has resided in New York City since 2009. She obtained her Bachelor of Arts in biochemistry at Columbia University, where she graduated magna cum laude while also competing in NCAA Division I volleyball. She received her medical degree from the NYU Grossman School of Medicine before completing her residency training in Obstetrics and Gynecology at NewYork-Presbyterian/Weill Cornell Medical Center. During residency, Dr. Musselman served as Administrative Chief Resident and received multiple awards including the Distinguished Housestaff Award and those for excellence in laparoscopic surgery, education, and research.

In her practice, based primarily out of Long Island City, Dr. Musselman is dedicated to delivering high-quality, evidence-based care to the people of New York City. She provides comprehensive obstetrics care, from pre-conception through delivery at the Alexandra Cohen Hospital for Women and Newborns and beyond in the postpartum period. She also provides an array of non-operative gynecological services, including well-woman examinations and the management of conditions such as fibroids and endometriosis, along with surgical interventions emphasizing a minimally-invasive approach whenever possible. In addition to caring for her patients, Dr. Musselman remains passionate about medical education, helping to train the next generation of obstetrician-gynecologists.