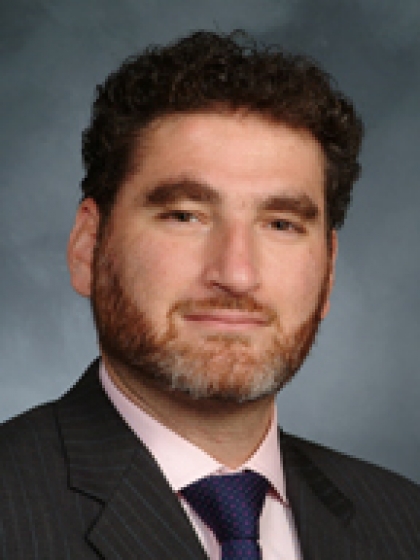 Karim J. Halazun, MD is an Associate Professor of Surgery with the Liver Transplantation, Hepatobiliary & Pancreatic Surgery program at New York-Presbyterian/Weill Cornell Medical Center. Dr. Halazun is a very experienced Hepatobiliary and Pancreatic surgeon who focuses on patients with cancer.

Dr. Halazun and his research has changed the landscape of how we treat patients with hepatocellular carcinoma, or liver cancer.

Colorectal cancer is the 4th most common cancer diagnosed among adults in the US, and “about half of patients with colon cancer end up having metastases to the liver,” says Dr. Karim J. Halazun. Watch Stage 4 Colon Cancer Survivor Sandy Kyrkostas' full story in the Media section.

Karim J. Halazun, MD is an Associate Professor of Surgery with the Liver Transplantation, Hepatobiliary & Pancreatic Surgery program at New York-Presbyterian/Weill Cornell Medical Center. Dr. Halazun’s clinical focuses include surgery for liver and biliary malignancies, liver transplantation including living donor techniques, pancreatic surgery, and use of laparoscopic and minimally invasive techniques for liver and pancreatic surgery. His authored publications and current research interests include topics ranging from liver transplantation in patients with hepatocellular carcinoma to developing predictive models for cancer recurrence in patients with hepatobiliary malignancies. His work has been published in leading journals such as The American Journal of Transplantation, Annals of Surgery, Hepatology, JAMA Surgery, Liver Transplantation among others.

After receiving his medical degree with honors from the University of Leeds, UK, he completed a basic surgical training rotation from 2002-2007 at the Yorkshire School of Surgery. He completed his general surgery training at Columbia University in New York. He completed Fellowship in Abdominal Organ Transplantation and hepatobiliary surgery at Columbia University. After completing his fellowship, Dr. Halazun was an Attending Surgeon at the Liver Transplant program at Emory University in Atlanta, where he co-directed the liver tumor board, the liver tumor clinic, and the Liver Transplant Data Mart, from 2013 to 2015. Dr. Halazun was recruited to Weill Cornell Medicine in 2015 to help build the liver transplant and HPB program at NYP. Dr. Halazun has received numerous national and international awards, including the ASTS Vanguard Prize, ASTS Junior Investigator Award, the Hepatobiliary and Transplant Fellow Award from the American Association for the Study of Liver Disease, the Young Investigator Award of the American Transplant Society, and the American Society of Transplantation's Distinguished Fellow Research Award. His research has changed the landscape of how we treat patients with hepatocellular carcinoma, or liver cancer awaiting liver transplant.

A Second Chance for This Liver Transplant Patient
October 27, 2020
How a Team of Health Experts Helped One Man Beat Cancer
April 2, 2019
View All News