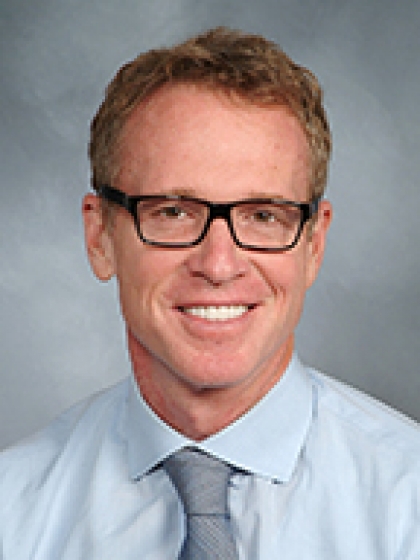 Dr. Gruden attended the University of Notre Dame, in Notre Dame, Indiana and was awarded his B.A. in Economics and Pre-Professional Studies with Highest Honors in 1983. He was elected to Phi Beta Kappa upon graduation. Dr. Gruden earned his M.D. degree in 1987 from the University of Miami School of Medicine. He was class Valedictorian and was inducted to the Alpha Omega Alpha (AOA) medical honor society.

After an internship year in Internal Medicine at Cabrini Medical Center in NYC, Dr. Gruden completed residency training in Diagnostic Radiology (1988-1992) at the New York Hospital-Cornell Medical Center. This was followed by a one-year Fellowship in Thoracic Imaging at the University of California-San Francisco (UCSF).

In early 2000, he was appointed Associate Professor of Radiology and Internal Medicine at Emory University School of Medicine in Atlanta, Georgia. Dr. Gruden served as the Division Director of Cardiothoracic Imaging at Emory University Hospital and Clinic and founded Emory’s Biomedical Imaging and CT Post-Processing Lab, one of the first in the nation.

Dr. Gruden’s research, and clinical interests and activities led to collaborations and linkages with the Georgia Institute of Technology and his appointment as Adjunct Professor of Biomedical Engineering at Georgia Tech.

Before returning to Weill Cornell Medical College as a faculty member in January 2015, Dr. Gruden was an Associate Professor of Radiology at the Mayo Clinic Arizona in Phoenix-Scottsdale, Arizona for 10 years where he served as the Director of Cardiothoracic Imaging.  While there, he initiated novel CT radiation dose reduction protocols that resulted in excellent image quality but a markedly reduced radiation dose.

Dr. Gruden has a strong background in efficient and patient-centered care and has always been actively involved in education and clinical research.  He has published dozens of scientific papers and given hundreds of lectures to other radiologists world-wide.

Dr. Gruden’s clinical interest and expertise is in Cardiothoracic Imaging. He interprets CT, MRI, and radiographs of the lungs and heart.  He achieved Board Certification in Diagnostic Radiology from the American Board of Radiology in 1992.

Dr. Gruden is a recognized expert in thoracic imaging. He has been a scientific manuscript reviewer for Radiology (1992-2003) and American Journal of Radiology (AJR) from 1992-2004 and has been on NIH study sections as grant reviewer as a member of Special Emphasis Panels.  He also is involved with the Society of Thoracic Radiology (STR) and the American College of Radiology (ACR).

Dr. Gruden is a recognized expert in thoracic imaging.  He also is a long-time member of the Society of Thoracic Radiology (STR) and serves as the Chair of the Body Imaging Economics Committee of the American College of Radiology (ACR).  He also is a question editor for the American Board of Radiology (ABR) Maintenance of Certification Examination in the Thoracic section and serves as an abstract reviewer for the American Roentgen Ray Society (ARRS) annual meeting.  He is a reviewer for several scientific journals.

Dr. Gruden is a member of the following professional societies: