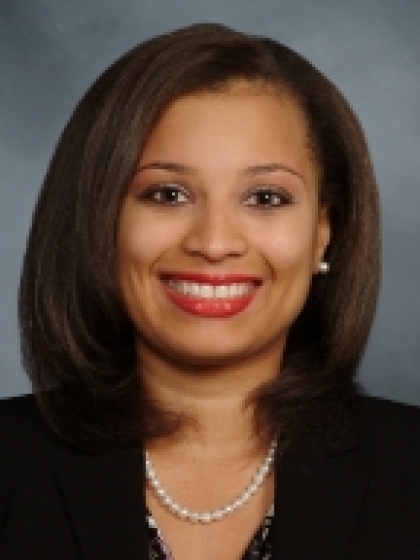 Treating children with gastrointestinal and nutritional disorders is extremely rewarding.  My job allows me to work closely with patients and families to improve the health and quality of life of children and adolescents with gastrointestinal disorders.  My main goal in practice is to provide excellent patient care with an emphasis on communication, education and accessibility.  The cohesive nature of our team of colleagues - including our dietician, behavioral psychologist, nurses, social worker and other sub-specialists - results in Weill Cornell being a warm and supportive environment for our patients and families.

Dr. Barfield received her B.A. in Psychology at Princeton University and earned her medical degree at New York University School of Medicine. She completed both her pediatric residency and pediatric gastroenterology fellowship at NewYork-Presbyterian/Weill Cornell Medical Center.  During her fellowship training she was selected as an American Neurogastroenterology and Motility Society (ANMS) Scholar and trained in the diagnosis and management of pediatric motility disorders including chronic constipation, irritable bowel syndrome, fecal incontinence, gastroparesis, rumination syndrome and manometric testing at Nationwide Children’s Hospital in Columbus, Ohio. She received a Certificate in Business Excellence from Columbia Business School. In 2019, she was inducted as a Fellow into the New York Academy of Medicine.

Dr. Barfield originally hails from Ann Arbor, Michigan and has resided in NYC for 18 years. She is passionate about health care equity and working to eliminate healthcare disparities and has held several elected positions in the local and regional chapters of the National Medical Association.

Podcast: Celiac Disease Awareness
September 13, 2022
Celiac Disease: A Story of Gluten, Genetics and the GI Tract
May 10, 2022
View All News