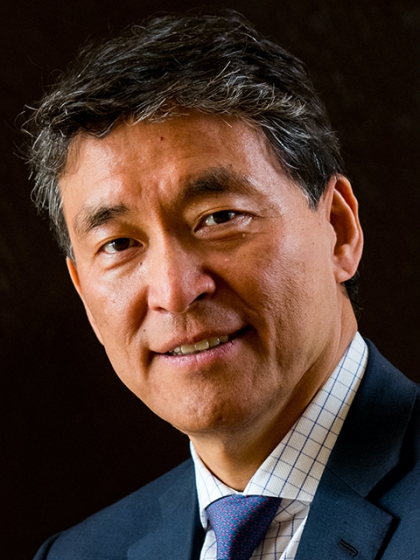 Dr. Dan Riew is an orthopedic surgeon, internationally recognized for his expertise in the cervical spine, and is one of only two or three spine surgeons in the world with a practice limited to the cervical spine. Dr. Riew has treated athletes, celebrities, and world leaders, and is sought after by other physicians who know him to be the best surgeon for disorders of the cervical spine. He has performed more surgical procedures on the cervical spine than almost any other surgeon in the world, and he has expertise in both advanced minimally invasive procedures and complex revision surgeries and deformity corrections. Dr. Riew is regularly named to the lists of America’s Top Doctors, Best Doctors in America, and New York SuperDoctors, and he was named to the list of Top 25 Spine Surgeons in North America by Orthopedics This Week. A doctor’s doctor, over 200 physicians – and hundreds of their family members – have been operated on by Dr. Riew. This number continually grows, as he sees over 100-150 physicians as new patients each year and operates on 30-50 physicians each year. Of particular note are the numerous spine surgeons, both orthopedic and neurosurgeons who have chosen Dr. Riew for their surgical care.

Dr. Riew graduated from Harvard College, where he was awarded the Class Ames Award for Character and Leadership; and from Case Western Reserve University Medical School, where he was inducted into the Alpha Omega Alpha honorary medical society for top students in his junior year. He finished residency in Internal Medicine at Cornell Medical Center and Orthopedics at George Washington University. He then completed fellowship training under the world-renowned cervical spine surgeon, Dr. Henry Bohlman. He is board-certified in Internal Medicine as well as Orthopaedic Surgery. As a global leader in the academic community, Dr. Riew has served as the President of the Cervical Spine Research Society (CSRS), which is the most well-respected society for the treatment of the cervical spine. In addition, he served as Chairman of the International Board of AO Spine, the largest organization of spine surgeons, with over 6,000 members. He has lectured extensively nationally and internationally, improving the treatment of these disorders in other portions of the globe. Dr. Riew has been a Visiting Professor, Key or Named Lecturer over 120 times in 22 countries. Over 100 experienced spine surgeons from all other the world have come to learn from him. He has published over 300 peer-reviewed papers, over 75 chapters and other manuscripts and edited several textbooks.

1995, he was recruited by Washington University School of Medicine to start the cervical spine service in the newly formed Department of Orthopaedic Surgery. Starting with only a dozen or less cervical procedures in 1994, he developed it into one of the largest cervical spine practices in the world. In 2015, he was recruited to Columbia University as the Co-Chief, Spine Division, Director of Cervical Spine Surgery and Co-Director of the Columbia Spine Fellowship. Two years later, The Och Spine Hospital was born, with a generous gift from Dan and Jane Och. Och Spine has grown since then and now includes Neurosurgical spine surgeons from both Weill Cornell and Columbia Universities, as well as Orthopedic spine surgeons from Columbia University. As part of the expansion of the Och Spine Hospital to the Weill-Cornell campus, Dr. Riew joined the medical staff at Weill Cornell in the Neurosurgery Department. While he still remains a Professor of Orthopedic Surgery at Columbia, he has a joint appointment in Neurosurgery at Weill Cornell and his practice is now located at the Weill Cornell Campus of New York Presbyterian Hospital.