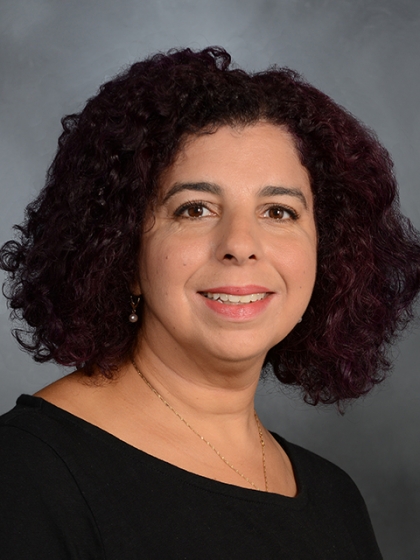 Dr. Basma Faris is a Board Certified Obstetrician and Gynecologist. Dr. Faris attended the University of California at Berkeley where she received a Bachelor of Science in Nutrition Sciences. She went on to complete a Masters of Science in Nutrition at Brooklyn College. She received her medical degree from the Jacobs School of Medicine and Biomedical Sciences of the University at Buffalo in 2009. She completed her Obstetrics and Gynecology residency at the Icahn School of Medicine at Mount Sinai.

Dr. Faris began her career in healthcare as a Registered Dietitian. She worked with adults and children to manage chronic health conditions and obesity. She developed curricula for group nutrition interventions for children, pregnant women and adults. As a resident she published a study on the impact of lifestyle intervention on pregnancy outcomes in obese pregnant women. She is currently completing coursework towards a certificate in Culinary Medicine.

Prior to joining Weill Cornell Medicine in 2018, she was as an Attending at Lutheran Medical Center and Lutheran Family Health Centers, now NYU Langone Brooklyn. There she served as the medical student Clerkship Director, as well as Associate Residency Program Director and she led the peer review committee for the department.

Dr. Faris practices General Obstetrics and Gynecology and cares for women in all life stages. She cares for normal and high-risk pregnancies, benign gynecological conditions, contraception and family planning and minor gynecologic surgery including laparoscopy. She is proficient in Spanish and Arabic. She is a fellow of the American College of Obstetrics and Gynecology.

Folic Acid is Essential to a Healthy Pregnancy
January 6, 2022
Perinatal Nutrition: How to Eat Well Before and During Your Pregnancy
October 19, 2021
View All News