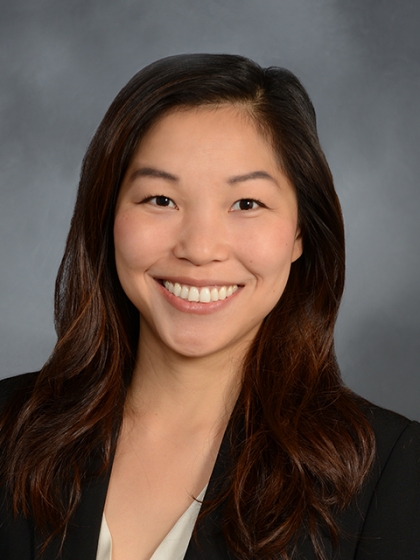 I became a physician for its unique blend of science, anatomy, problem solving, and most importantly the opportunity to help people. In particular, neurology has always been the most fascinating and exciting aspect of medicine to me, with constant neuroscience research and therapies in development. As a neurologist, I specialize in the diagnosis and management of Parkinson’s and Movement Disorders. I understand the challenges of living with a movement disorder, and I work with patients, families, and caregivers to deliver compassionate and individualized care to maintain and improve quality of life. At Weill Cornell Parkinson’s Disease and Movement Disorders Institute, I offer patients the chance to participate in clinical research with the ultimate goal of better understanding disease processes and developing new therapies. In addition, I am experienced in administering botulinum toxin injections for the treatment of movement disorders such as hemifacial spasm, blepharospasm, cervical dystonia, limb dystonia, and spasticity.

Dr. Lee earned her B.A. from Brown University with a concentration in biology and anthropology, and her M.D. from SUNY Downstate in Brooklyn. She completed her neurology residency training at NYU School of Medicine where she served as chief resident during her final year. She continued on at NYU Langone’s Fresco Institute for Parkinson’s and Movement Disorders as the Lily Safra Movement Disorders Fellow under the mentorship of Drs. Steven Frucht and Andrew Feigin. She is board certified by the American Board of Psychiatry and Neurology, and is a member of the American Academy of Neurology and Movement Disorders Society. She has published a number of articles in peer-reviewed journals and has presented her work at national and international conferences.

At Weill Cornell Parkinson’s Disease and Movement Disorders Institute, Dr. Lee participates in clinical trials to find better ways to prevent, screen for, diagnose, and treat Parkinson’s and related diseases, with the hope of improving mobility and quality of life for her patients.