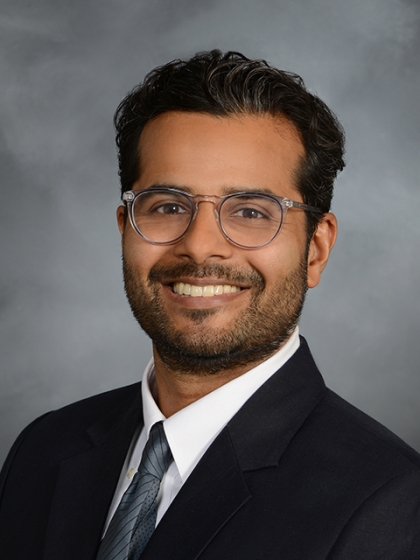 As a physician and health advocate, I'm a firm believer of food as medicine. I believe a large majority of disease burden is caused by poor diets, suboptimal lifestyles and stress. I provide a comprehensive care approach that combines traditional Internal Medicine and Gastroenterology with an integrative and emphathic care philosophy focused on nutrition, mindfulness, and respect for the individual. My goal is to not simply treat illness, but rather to promote wellness. I work with patients closely on an individualized care plan for patients to feel their best and meet their personal goals for health and well-being. I welcome patients of all backgrounds and preferences.

He is frequently published in both peer-reviewed journals and press and his writing and work have appeared on networks and publications such as CNN, New York Times, Time Magazine, Financial Times, BBC.

He was named a New Leader by the Carnegie Council and a World Economic Forum Global Shaper. He is a fellow of the Nantucket Project and an Asia 21 Fellow of the Asia Society. In 2015, Akash was awarded a Cannes Lion and recognized by the United Nations for his work in human rights advocacy.